One of my favourite stories about Jesus is recounted in Matthew’s gospel 20:29-34. It’s a small story, easily overlooked, but it paints the most beautiful picture of what God is like:

“As Jesus and his disciples were leaving Jericho, a large crowd followed him. Two blind men were sitting by the roadside, and when they heard that Jesus was passing by, they shouted, “Lord, Son of David, have mercy on us!”
The crowd rebuked them and told them to be quiet, but they shouted out all the louder, “Lord, Son of David, have mercy on us!”
Jesus stopped and called them, “What do you want me to do for you?” he asked.
“Lord,” they answered, “we want our sight,”
Jesus had compassion on them and touched their eyes. Immediately they received they sight and followed him.” 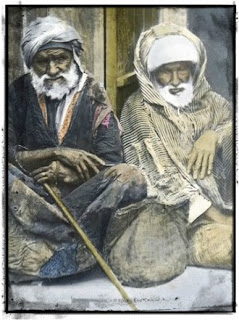 This incident happens just before Jesus enters Jerusalem on Palm Sunday. There must have many things on his mind. The weight of what he was about to do must have been heavy on his shoulders. As usual, there was a crowd following him. He was hemmed in by need and noise on all sides. And amidst the clamour of voices wanting his attention, two blind beggars cry out to him. They are immediately dismissed by the rest of the crowd, considered too unimportant to take up Jesus’ time. But the men are persistent, shouting all the louder, and Jesus stops for them.

Jesus is so interruptible.

I am not. I am a planner. I like to know what I’m doing and when I’m doing it. Covid19 has made waste to almost all of our plans. It has caused global interruption on an unprecedented scale. We have all needed to readjust.

I wonder what God is trying to teach us in the midst of that? There is something utterly compelling about the simplicity of Jesus’ actions here. He stops. He allows his attention to be completely redirected to those who need his help. He rearranges his priorities around the need that is directly in front of him.

Again, I find this difficult. I want to be useful in the midst of this crisis, but the need that is most obviously in front of me – and that certainly shouts louder than most others – is my children. I am sometimes too distracted by the sounds of the crowd to focus on them.

Heidi Baker, a missionary in Mozambique, once said this: “Jesus would go anywhere, talk to anyone. And wherever he went, he would stop for the one.”

I wonder who the one is in our lives today?

I wonder where God would have us focus our time and energy and attention?

And, of course, there is the flipside to this story. As we follow Jesus, we are called to be like him; we are called to be interruptible people who stop. But we are also the people who interrupt Jesus. And he is so happy to do interrupted by us. In this story, when Jesus hears the voices of the two blind men calling his name, not only does he stop, but he responds to them: “What do you want me to do for you?” I love this question. It seems like a totally crazy thing to ask two men who have lost their sight, but Jesus gives them so much dignity in making sure that he has got their need right, in listening to their prayer. He takes the time to incline his ear towards them.

And he would do the same for us today. His ear is inclined. He is ready to respond to us as we call out to him – whether in a whisper or a shout, in joy or sorrow or exasperation. He is ready and willing to help but it requires that we call on him. The two men in this story could have continued sitting by the roadside feeling whatever it was that they were feeling – anger, rejection, desperation – but instead they called out to the one who could save them from it.

I need to remember that this morning: that Jesus is waiting to hear my voice, waiting to hear my prayer, waiting to respond to my need just as he responded to theirs; to take courage this morning from the example of these two brave men who shouted all the louder as they called out to their God.
“Yet the Lord long to be gracious to you;
Therefore he will rise up to show you compassion…
how gracious he will be when you cry for help!
As soon as he hears, he will answer you.”
(Isaiah 30:18-19)
Posted by Nic Findlay at 07:12