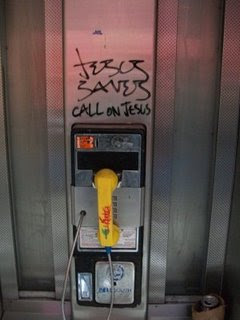 A slightly controversial title perhaps, but an interesting thought: How ballsy are our prayers? How much faith do we have? Do we actually believe Jesus when he says that He will give us whatever we ask if we do so in His name? "I tell you the truth, anyone who has faith in me will do what I have been doing. He will do even greater things than these because I am going to the Father. I will do whatever you ask in my name, so that the Son may bring glory to the Father. You may ask me for anything in my name, and I will do it." John 14:12-13. My gut reaction to those words is Crazy. Surely it is crazy to believe that our faith has the potential to be mountain moving, demon expelling, sick healing, dead raising, glory giving power. But, simultaneous to the screaming of the word crazy in my head is also an undeniable jolt of excitement. There is a small part of me (the small but, I think, faithful part) which whispers Yes please. I want in with that. I don't want to waste my life on little prayers when Jesus wants me to drag his kingdom down from heaven.

I am not suggesting that we are only to pray for big things; I have the ever-encouraging echo of the 24/7 vision in my head to remind me that God is in our faithlessness and our little praying as well: "My feeble whispered, faithless prayer invokes a thunderous, resounding, bone-shaking great "AMEN!" from countless angles, from heroes of the faith, for Christ himself." BUT, I am challenged. What might happen if we dared to pray for the bigger things, if we dared to put ourselves in situations where - if God didn't show up - we were absolutely screwed, if we dared to believe in the impossible and take the words of the bible seriously: "Look at the nations and watch - and be utterly amazed. For I am going to do something in your days that you would not believe even if you were told." (Habakkuk 1:5). My friend Peter spoke those words over Cambridge a long time ago; in fact, they are scribbled across the bottom of a painting of the view from Castle Mound in our flat; they were also tattooed across several photos I took in my final year at university from the roof of St. Catharine's College. I'm still not convinced I have taken them seriously. I would like to start trying to do that: taking God seriously.

In Revelation, these words are spoken of the resurrected, reigning King Jesus: "To him who sits on the throne and to the Lamb be praise and honour and glory and power for ever and ever!" (5:13). Similarly, in Philippians, Paul speaks of the utter awe and majesty that belongs to the Messiah:
"Therefore God exalted him to the highest place
and gave him the name that is above every name,
10 that at the name of Jesus every knee should bow,     in heaven and on earth and under the earth, 11 and every tongue acknowledge that Jesus Christ is Lord,     to the glory of God the Father." (Philippians 2:9-11)
There is awesome power in the name of Jesus. I wonder if we believe that? If we call upon His name because we know that there is no greater name, there is no other name under which we can be saved (Acts 4:12), there is no other name that can bring real lasting transformation to situations, no other name that brings hope and unfailing love and full redemption (oh, what a beautiful phrase - Psalm 130:7).

I have been trying to put my weak believing (Mark 9:24) into practice by remembering in whose name I am praying. Jesus is the one who made the universe; it was made for him and through him and he holds it all together. There is nothing that he does not know, and nothing that he cannot do. And whatever we ask in his name, for the glory of the father, will be given to us. I want those words to soak into my spirit and take root in my heart, to be given a deep, faith-filled, unshakable knowledge that we serve the God of the impossible. He will do things we would not believe even if he told us about them in advance. And if we had the faith to pray for them.

Last week, at home group, Dave and Bev's son, Isaac, was crying. This is not unusual; this is what small 10 week old babies do, but it was frustrating as we were trying to worship. And so I picked him up and prayed for him, that he would be still, and - eventually - he was. He calmed down and fell asleep and we were able to continue worshiping without his musical accompaniment. But then, unsurprisingly I suppose, when we started praying later on in the evening, he started crying again. This time - feeling slightly emboldened by our study of Matthew 8, particularly the disciples lack of faith despite the miracles they have just witnessed - I simply said, "In the name of Jesus be still." And Isaac was. Instantly. I have to admit, I was pretty taken aback. I mean, I know Jesus can do that: he has the authority as the living Word to command through a single word ("Be clean!" 8:3, "Go! Let it be done..." 8:13, "he drove out spirits with a word" 8:17, "he got up and rebuked the wind and the waves" 8:26, "he said "Go!" and they came out" 8:32, and of course the awesome commanding authority of his words to call us from death and back to life again: "When he had said this, Jesus called in a loud voice, “Lazarus, come out!” The dead man came out, his hands and feet wrapped with strips of linen, and a cloth around his face." John 11:43-44) but do I really have that authority too? Yes, yes I do. We do. If we believe in Jesus then we have his authority as adopted sons and daughters of the King. The same power that conquered the grave lives in me.

A few days after the silenced baby incident, I found myself in another situation where I needed God to step in. I wouldn't say it was quite on the stormy level of the disciples, but there was much more a sense of God if you don't show up I'm going to drown this time rather than simply God if you don't show up I'm going to get rather irritated. I mentor some teenage girls at a local secondary school. One of them is this beautiful girl who's been seriously messed up by life. My heart breaks for her; I long for her to understand that she has this incredible worth and value as someone made in God's image, someone who he is calling back to himself into a family of beloveds. When I saw her she was angry. Really angry. So angry that I was quite frightened (she's 5'11; I'm 5'4) and quite convinced that I was going to get punched in the face. I didn't really have much of an option but to pray and so I did, rather frantically, in the name of Jesus, asking that God would step in and do something, anything really that might keep my nose intact and bring peace to the situation. And He did. Instantly. Again. (And yet I'm still surprised). Immediately, the girl calmed down and looked at me. Whereas seconds before she had been pummeling her fists and looking for a target, now she was looking at me and declaring that if anyone else had been in the room she would have hit them, but she wasn't going to hit me. She couldn't explain why not, only that she didn't want to and that she was calmer with me. I don't say this to boost my own ego; I say it to demonstrate that the same power that conquered the grave really does live in us. Christ in us is the hope of glory (Colossians 1:27), and this hurting teenage girl caught a glimpse of him - somehow - in me.

Do we get this? Do we understand that we have been called to invite God to intervene into this broken and messy world and see Him show up. The You're crazy voice is someone subdued now and I hear, clearer than before, still doubting, still unsure, and yet definitely clearer: Yes please. I want in with that.
Posted by Nic Findlay at 19:11