Advent 22: Waiting for a way to be made

Jesus is the original pioneer. In Greek, the word used to describe him is archēgon. (Hebrews 2:10, 12:2) He is the one who goes first. The first in a long procession. He is the one who went ahead of us to make a way where there was no way before. 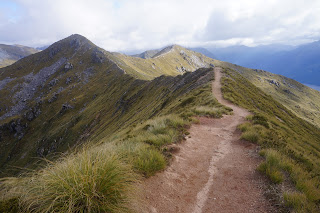 Before Jesus, there was no way back to the Father. No one had yet blazed the trail. No one had done what needed to be done to make it possible to come to God. But Jesus did it. Jesus broke through death and hell so that we could follow him. It is because he was resurrected from the dead that we can have confidence that we too will be raised one day. (1 Corinthians 15:20)


Jesus' disciples were troubled when he spoke to them of heaven. (John 14:1-14) Thomas was scared that they would't be able to make it there on their own. Jesus told them that they knew the way to where he was going but they were terrified that really they didn't, that they would get lost somehow en route. But Jesus reassured them: he had not only made the way for them; he himself was that way. "I am the way, the truth and the life. No one comes to the father except through me." (John 14:6) It was through him, and through faith in his death and resurrection, that people would be brought back to God.

Reflection: Jesus came to make a way. This Christmas, let us remember that the baby who was born was born to die. Jesus willingly came knowing that the only way to bring us back to his Father was by embracing death at the cross. He knew what it would cost him to be our pioneer. He knew the price of what he was about to do but he still chose to come, he chose to become one of the ones he wanted to save.

"All sufficient sacrifice
So freely given
Such a price
Bought our redemption
Heaven's gates swing wide."