Advent 3: Waiting for a shepherd

"I will place over them one shepherd, my servant David, and he will tend them; he will tend them and be their shepherd." (Ezekiel 34:23)
Shepherd is a bit of a weird image for us Westerners and city people who don't really know what a sheep is unless it's given to us as a lamb chop. But, for Israel, God's promise of a shepherd was the promise of someone to look after them. It was the promise of someone to search out those who were lost and scared and lonely and bring them back; the promise of protection, of a safe place, of provision of food and water and everything they needed. 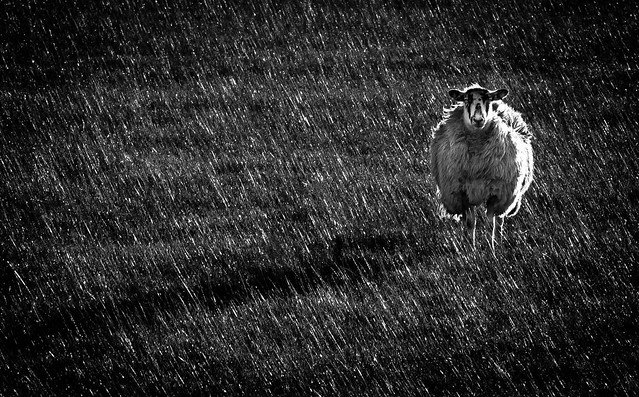 We have all had experiences of bad leadership: people running our countries in ways we don't agree with, decisions being made that aren't for our good, family members who were meant to look after us but hurt us, bosses who cared for themselves and for their pay cheques but for no one else. In the Old Testament, this has been the experience of God's people: their rulers, their shepherds, have been pretty awful. They've acted for their own good rather than for the good of the flock. They've made sure they're fed and happy and satisfied but left the people, the sheep, to starve.

But in amongst this mess, God speaks and he promises that one day He himself will come and will rule as a Good Shepherd. He will live amongst his people and they will know him and trust him and follow him. He promises that "as a shepherd looks after his scattered flock when he is with them, so I will look after my sheep. I will rescue them from all the places where they were scattered...I myself will tend my sheep and make them lie down...I will search for the lost and bring back the strays. I will bind up the injured and strengthen the weak." (Ezekiel 34:11-16). His promise is, ultimately, that he will prove himself to be this good shepherd by dying for those he loves. Jesus, the Good Shepherd, will lay down his life for his sheep.

Reflection: And so, today, no matter how lost or estranged or far from God we might feel, Jesus, the Good Shepherd, promises to look for us, heal us and to bring us home. Let us spend some time today listening to God - asking him to help us hear the voice of the Good Shepherd calling our names so that we can follow him.
Posted by Nic Findlay at 08:24